Welcome back to another update for Battlegroup Frontlines. Since last time we have been working hard to not only enhance our existing content, but to make new content that will be just as amazing, if not more amazing. The first thing we have to show off today is the Ferdinand tank, the small brother of the better equipped Elefant tank. 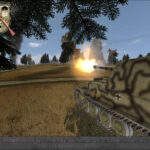 The Ferdinand was a heavy assault tank designed by Prof. Dr. Ing h.c. Ferdinand Porsche and built by the Nibelungenwerke, especially for the needs of the Eastern Front. Ferdinand’s design was based on Porsches Tiger – VK 4501 (P) prototype which proved to be prone to mechanical failures and was rejected in favor of Henschel’s Prototype that would later become the Tiger I. 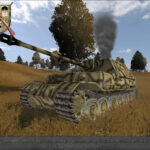 In September of 1942 it was ordered that the prototype chassis were to be converted to heavy assault tanks armed with 88mm Pak 43/2 L/71 guns, and in November 1942 the first design was ready. In March of 1943 the first fully completed Ferdinand was presented to Adolf Hitler on the testing grounds at Ruegenwalde. Hitler himself was very pleased with it, and ordered to speed up the production for the upcoming Summer offensive.

The team has been working hard on this tank, and it shows. Involved on this great task were Koricus who built the model, Postman who gave it some colors and at last [USI]Guedoe who put this beast in-game. It is by far one of the most beautiful tanks we have in the mod right now, and I especially (Archimonday) look forward to destroy some Russian armor in this ugly dog of war. 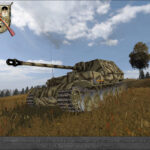 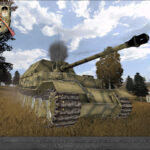 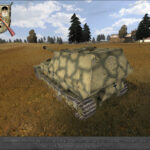 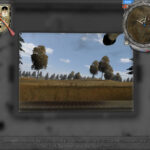 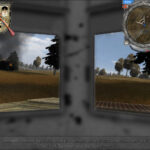 Vehicle Camo
Keeping on with our vehicles, Wasper recently did some experimentation with vehicle camouflage. Although it is a heavy work in progress it is definitely worth a look by heading over to our Youtube channel and checking out his video:

New Additions
In addition to adding a new tank to our roster, we also have taken in a new mapper. I (Archimonday) first caught wind of this brilliant man on the Forgotten Hope forums, where he was making maps for a tournament known as World At War (http://bfewaw.com). I soon convinced him that he should join us at BGF, and soon after, Scrutinized joined our team and he is a welcome addition to our squad of mappers.

Hand Weapons
Last but not least we have some updates to our weapons. Over the past few weeks I have been in a state of heavy experimentation with our hand-weapons, trying to find the absolute best coding, animation style, and all around feel for the weapons. Happily, I stumbled upon a combination that I think looks great, feels great, and will make our weapons feel powerful and make them fun to use. Learn more by watching our latest Battlecast video on Youtube:

For those of you who didn’t read the disclaimer at the beginning of the video I just want to note that the videos I (Archimonday) record are recorded on the lowest graphical settings, and do not represent the mods graphics.

We have also adopted a Project Reality Bipod system for some of our bipod machine guns and rifles. Two of such weapons are the FG42 and the FG42 ZF, and later weapons such as the PTRD, PTRS, MG42, and MG34 will use the same system albeit more cumbersome. To check that out head back on over to Youtube to check it out:

Finally, we did some slight work to our time dynamite, and made a short video demonstrating it. There are two types of Dynamite in the mod, a 15 Second Fuse, and 30 Second Fuse variants. One or both will be showing up in your engineer bag for use against all sorts of enemy targets.

Conclusion
Thanks for reading, please feel free to head on over to our forums and post suggestions, or simply join our community. We are not a very big group of people right now, but we hope that we can get some of you over to our forums for some civil conversation, and some good debates to make our mod its absolute best.

We Need Help!
On a final note, BGF is still looking for help, we are in desperate need of a few good workers who can aid us in creating our dreams of the Eastern Front. We especially need some Character Modelers who can help us improve our existing models, or make us new ones. So if you have talents with 3ds Max, Photoshop, the BF2 Editor, and are good at what you do, please post an application on our forums, and help us out!

Thanks again for reading, and stay tuned for future updates!